Downsiid – About The Band & The Music

What you know about “GhettO RocK”? DownsiiD from Killeen, Texas are the originators of this nouveaux genre. A high energy hybrid of Rock, Hip Hop, and Soul is produced by five very unique individuals. The combination of body shaking drumbeats, brain rattling bass lines, razor sharp scratches, and skin piercing guitar riffs overlaid with a powerful, soulful voice with a touch of battle rhyme lyrics is the perfect formula for DownsiiD.

DownsiiDs’ 2001 self released album, “This the World” contained the trademark single “simple man” and 2002’s “Karma: The Rebirth” produced “I”. They can be heard both nationwide and locally on Clear Channel Radio stations. “I” made it’s nationwide mark by topping local charts across the nation and being featured in ‘R&R;” magazine. The follow up CD, “The Evolution of GhettO RocK”, features the songs “Ballin’ “, “Blue” and “Grab Tha Cash” and is set for an early 2006 release. 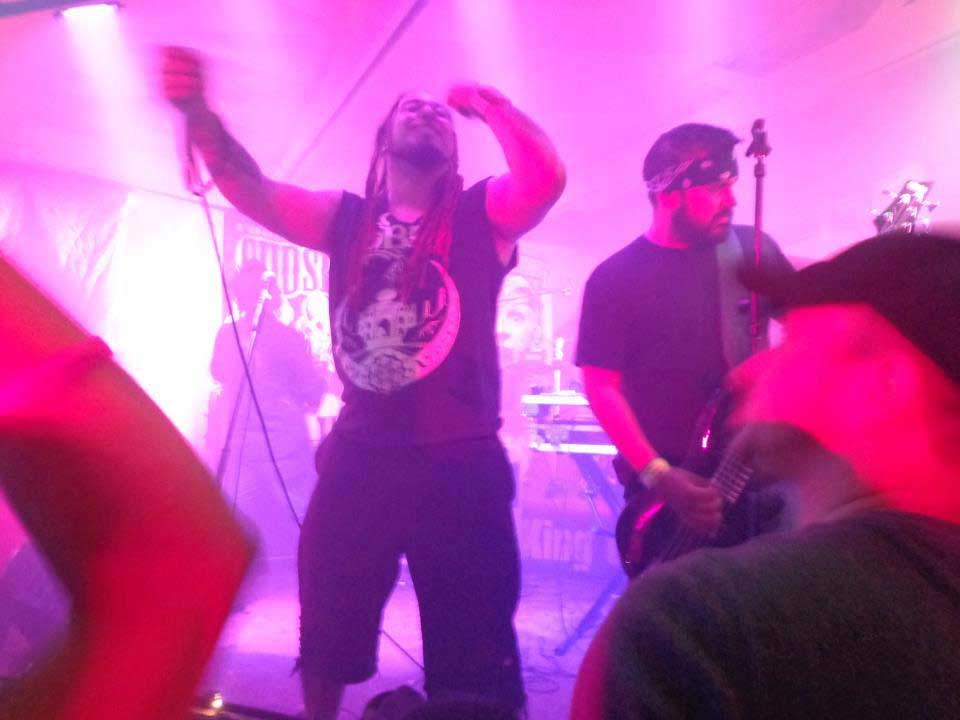 Currently DownsiiD is tearing up venues all over Texas and surrounding states. Headling such historical venues as The Backroom in Austin and Trees in Dallas, and giving such unchained, riot inciting performances, DownsiiD has earned the respect of the Lone Star State. No one leaves a show without becoming a Downsiider, a true DownsiiD fan.

String originates from South Central Los Angeles. He joined the band back in ’99 after a chance meeting at his tattoo/smoke shop with Rich. Every since then he has been shaping the sound of the band to emerge as what it is today. His vocal skills combine a mixture of Soul, R&B, and Hip Hop; giving the band that kick in the face sound that will leave you breathless. Take a look at our media, you may enjoy it.

Rich Burgos is the founding member of DownsiiD and is from sunny Miami, FL. He started the band close to 5 years ago and has been rocking every since. As the big brother of the band, Rich represents the heartbeat and the focus behind the band. He has his hands in every aspect of the band, to include composing the music, booking, promoting and keeping the band motivated and moving forward.

DJ AkirA MC– Two turntables and a mic
DJ Akira MC joined the band in 2002 having never DJ’d a day in his life. After months of boot camp like practices, AkirA took on dual roles in the band as DJ and MC. Often dawning masks and spitting lyrics in different voices, this DJ/MC gets down!!! With contagious energy, battle style lyrics and self taught turntablism, AkirA continues to contribute to the evolution of GHETTO ROCK.

Alex “Da Boi” Fuentes – Guitar and screams
Alex “Da Boi” Fuentes is one of the most powerful guitar players to emerge from central Texas. He brings a wild, unchained energy to the stage all the while reping his hometown of Killeen. His intense screams, comical outbursts and occasional on stage antics is enough to make the ladies go crazy. Since the tender age of 16 Alex has been a part of DownsiiD, first as a bass tech and when called upon, took on the role of bass player and now guitar player.

B.C. Steele, DOWNSIID’s newest member to join the GHETTO ROCKERS. A veteran in the central Texas music scene, playing in various bands from punk to metal and now GHETTO ROCK. Originally from Maine now B.C. makes his mark throughout Texas as the bands bass player.